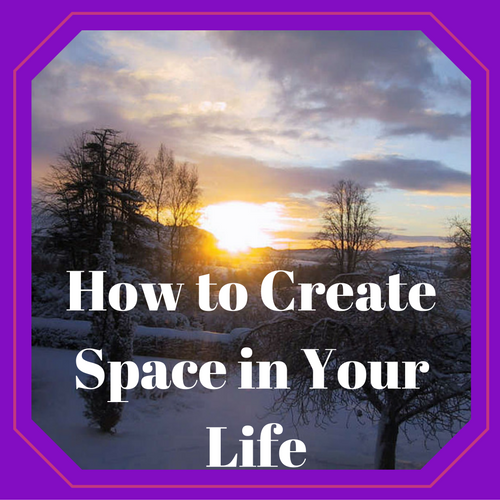 ShareTweet
Share List
Whew. My life has been crushingly full lately. Since the move there have been so many changes on top of a to-do list that never seems to get ta-done. And now the holidays are coming.AAARG!  We’ve talked about those times when we wish we were just busy, but we zoomed passed busy light years ago.  I hadn’t been sure how to create enough space to breath, much less …create.

Feeling crushed and confused, I felt drawn to go to church.  I’ve noticed that, at least where I live, grey hairs are often the most consistent group of parishioners.  At first I was afraid that it

was because they had nothing else to do and that church filled up empty time. That I was watching/living my future.

That fear couldn’t be further from my truth.

I found my truth one wakeful, anxiety ridden night   Like you, I have those terrible nights when I just lie there worried about big and little stuff.  Someone suggested that I start reading the Old Testament- all those “begets” would put me right to sleep.  I didn’t get to the begets.   I got stuck in Genesis Chapter 3.

We all know the Garden of Eden story.  Blah, blah, Adam and Eve were given paradise with one prohibition – don’t eat from the tree of knowledge; but blah, blah they did, found sin, and they were so ashamed that they hid from God. Well, that night I reread the story I got pulled up short.  I didn’t get blah, blah, Adam..blah, blah, rib, blah, blah, snake, apple, Eve.  It was as though I  was reading the timeline of my life.

Adulthood can be an amusement park of  over the top discoveries; of love, of passion, of work, of family, of highs, lows and even boredom. 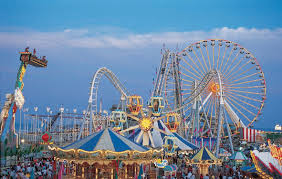 I thought I was in control of my life. Church goers,  or God lovers seemed weak, proud and self-righteous. This amusement park of life was my amusement park, the rides I went on were my choices.

However, when it came to grief, misery. and disappointment, they were all God’s fault.     I had been the arrogant one.   I was choosing to hide from God.   I was hiding my needs and fears behind an arrogance I didn’t even know I had.  I thought that by being a rock and an island, I was being an adult.  When I did think of God, it was to assure Him that I had this  life thing under control and that God should go worry about the sick in the hospitals or the soldiers at war.

Did I really thing that I was hiding by denying Him?  Really, who was I hiding from?  I mean, hiding from God is like a fictional character hiding from the author – just can’t happen. Now hiding from myself- well, that’s the Garden of Eden story.   It’s that’s what I was doing?  I hid  my need, my emptiness, my shame from me.

And then came this time of life.

I thought this time of life would be quiet…. I was so wrong.

It is still an amusement park, only now the stakes seem higher.  The rides are more frightening and

the roll bars absent.  There is still love, passion, family, and work only now I’m experiencing those through the lenses of:

Love is much sweeter now but loss is so much  deeper.

Who are You Hiding From?

When God  came into the Garden and asked “Where are you?” (Genesis 3:9) God knew.  God called out to let us know that He was there waiting.  God’s love is there, always waiting for us to decide to reappear.  So, now at the this stage of my life, when life is more full not less, and is so much more complicated, I no longer have the time or energy to hide from myself or God.  I am meeting God as I am and ready to accept the guidance love and peace without reservation.

As a result, by spending time in prayer (just a few minutes a day), deepening my faith, I sense a peace and quiet that I never knew before.  I feel a strength that keeps me moving and a hope that sees a golden future.   It’s like being at an empty park on a sunny, 80 degree day, free to ride, taste,  and really enjoy. without the crowds.  All those grey hairs, kneeling in prayer, aren’t filling time, they are creating a fullness of time.

I think I’m on to something.  How do you create space?  Does faith have a place in your life?