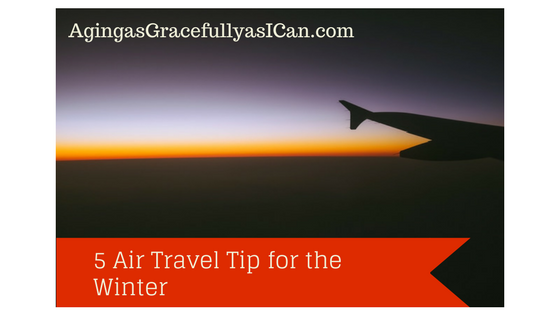 I forgot what flying during cold and snow season was like.

Air travel during the season of peace can be war.

Here are 5 essential tips to use keep you sane until you get to you destination:

This a fact.  Bad weather includes: snow, rain, extreme cold, ice, routine mechanical delays, all of which lead to the dreaded crew rest.  Unlike poor weather during the warmer seasons, each one of these can/will happen separately and  at the same time.  Each has a domino effect.

No matter how well you think that you’ve prepared for one, this over all domino effect can be overwhelming.

Friday I was scheduled to go from Albany, NY to Portland,Ore – through Chicago’s O’Hare.  When I walked into the airport at Albany, very early in order to beat the rush,  I was met by a worried faced  agent who asked, “Are you going anywhere near O’Hare?”  When I said yes, she explained that my flight had mechanical problems and indefinite delays so they needed to reroute me.  Fine.. a problem caught early – except-

Albany was having problems with icing.  Atlanta was having difficulty with rain.  The west coast had a snow storm. Rerouting was not easy.

My rerouting meant that I was going to be in the Albany airport for four hours and then when I got to Atlanta,  where icing was affecting the inbound equipment from New York, another four hours.

*  Pack as though you are packing for an ADD child, with enough activities to keep you from getting wrestless and bored.

* Pack your carry ons light.  What is a tolerable weight in the morning, becomes a sack of concrete by mid-day. So don’t bring anything unless you have to.

tablet with books (multiple for when you get bored), don’t bring the books (even one can become too heavy).

* Anything heavy-ish should be in a rolling piec of luggage.

* Oh, and download your favorite movies.  We live in an age of wonder, when an airport terminal can be turned into a personal movie theater.

* Also, make sure you go for regular walks.  The walk fights boredom and big butt disease.

3. Avoid disgruntled people like they have the plague, because they do.

Long delays, disappointment and boredom are a petri dish for the grumbles.  Miserable people cluster together and feed off of this winter of discontent.  It  can feel better to sit with them  as though  at a campfire, sharing the the days’ scary stories. But here’s the thing, once that misery is shared like that, it begins to infect and what was tolerable becomes intolerable. Find people to talk with who are smiling.  Those are the people who are drinking water and eating apples, walking, and watching pre-downloaded movies. Those are the people who can help turn a tedious day into an airport party.

4. Pack a toothbrush and toothpaste in easy reach.

Airport and plane air dehydrates, which in turn makes us drowsy, cranky, headachy, and heavy of spirit.  If you wait until you are thirsty you’ve waited too long and your dip stick is dry.  So keep yourself juicy by drinking water, not soda, coffee and for goodness sake not alcohol.

So here are my top 5 ways of surfing long winter airport delays.  If I could add one more it would be to stay away from Chicagos OHare..but t that’s for another story.

Stuck somewhere in a terminal,